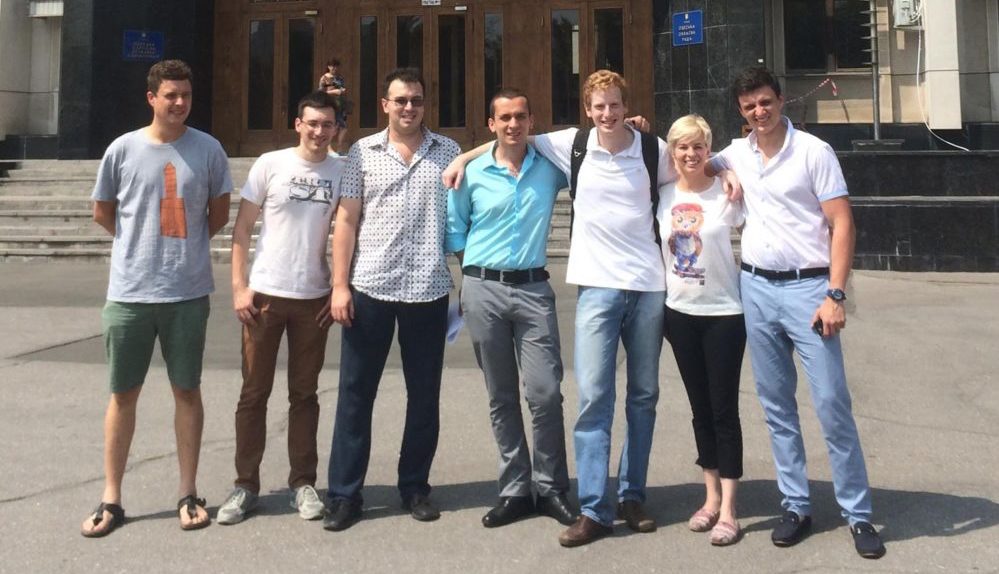 Reformers Without Borders (RWB) was conceived, funded and launched as a full-scale program within 5 months (January – May 2016). The program brings fellows from the United States and other countries to Ukraine to work on building a bridge of trust between local government and citizens. The initial idea came from one of the 2015 projects, Razom Odessa. Back then, two of our volunteers, Lyuba Shipovich and Natalia Shyrba spent 3 months as part of a team of reformers at the Odesa Regional (Oblast) Administration. The first RWB fellow, Hugo Spaulding, a Washington D.C analyst, was chosen from more than 20 applicants from all over the world. He successfully finished his 3 months assignment in Odesa in August 2016. After a year, the region was rated #1 in Ukraine in investment climate. The year coincided with Lyuba, Hugo and other Razom volunteers working in Odesa. We think there is a connection.

Our goal is to create a sustainable pipeline of international talent and expertise going to Ukraine and building a successful country on the ground, shoulder-to-shoulder with local activists. Throughout 2016 we have seen many examples of the very real impact of this work.

The first RWB fellow Hugo Spaulding, a Washington D.C analyst, chosen from more than 20 applicants from all over the world, successfully finished his 3 months assignment in Odesa in August 2016. Hugo’s work in Odesa positively influenced both local government officials and civil society activists. His international experience, work ethics, strong American attitude and passion for Ukraine’s success created a highly productive environment at Odesa Regional State Administration. During the fellowship, Hugo led logistical preparations to host an E.U.-Ukraine conference on decentralization reforms in July, conducted over 10 field visits around the region to identify development challenges and potential projects, provided translation services to the US Agency for Investment and Development, held a workplace English-language training series for the staff of the Odessa Customs office, drafted a grant proposal for the expansion of the e-government platform, Rozumne Misto, built a network of Ukrainian reformers for future fellows to leverage and more.

In July 2016 Hugo was joined for 2 weeks by George Barros, one of the leaders of Ukraine Freedom Support Group and a Razom volunteer. Together they organized a seminar for local activists in Odessa on U.S Congress system.

In September 2016 the team of reformers in Odesa was joined by Razom volunteer from D.C. Kateryna Mikhno, who managed due diligence on potential investors for Odesa State Administration.

We continue to look for opportunities for Ukrainian expats from all over the world and friends of Ukraine from other countries to get involved in building successful Ukraine. Working in Ukraine (for a few weeks or for a few months) delivers real results both in terms of the assigned tasks, as well as by changing the attitudes and motivations of everyone involved for the better.

We are grateful to our partner, Nova Ukraine, for helping us raise funds for the RWB program.